Cyberpunk is a subgenre of science fiction in a futuristic setting that tends to focus on “a combination of low life and high tech” featuring advanced technological and scientific achievements, such as artificial intelligence and cybernetics, juxtaposed with a degree of breakdown or radical change in the social order. As a major fan of the concept of cyberpunk, I needed to put something of that into our work here at Punishedbrats.

Cyberpunk is set in a not too distant future in which the social order has been disrupted by the tech. Often countries have dissolved into warring factions. This brings us to ‘The Pet’.In this story The United Northern States are finally bringing to heel the Confedration of the Eastern District.

Penny Stone is first daughter of the ruling family and her capture was considered essential in winning this long war. Penny is captured by the first Daughter of the ruling family who makes the girl her pet. There is a subplot to this tale. Lady Bianca had done Penny a great kindness in doing so. By claiming her as her own, she would not be subject to torture or by her captures. That being said, Penny will need to be trained as would any pet. 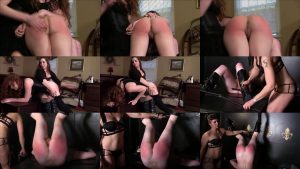