Little Kami decided to sneak in a beer into the school but while she was drinking it in the playground, The Headmaster called her to the punishment room for a knicker inspection. While He was inspecting her knickers he smelled beer on her breath so she went over His knee for a good spanking. The next day naughty Kami put some Whiskey with her coffee in a flask to not get caught again but she did! back to the punishment room for 12 of the best with the cane and during assembly she had to bare her bottom to the whole school and remain bending over till assembly was finished as a warning to the other girls. 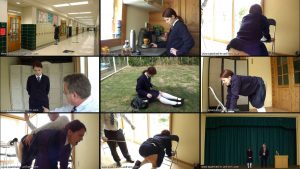